The Oscars are finally only days away, and though I made my official predictions on Facebook weeks ago, I figured I would post them here again and also elaborate on the reasoning behind my choices.

Best Picture
NOMINEES:
Call Me By Your Name
Darkest Hour
Dunkirk
Get Out
Lady Bird
Phantom Thread
The Post
The Shape of Water
Three Billboards Outside Ebbing, Missouri 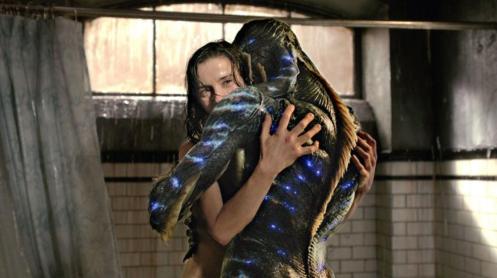 Will Win: The Shape of Water
Should Win: Dunkirk or Three Billboards Outside Ebbing, Missouri

I don’t hate “The Shape of Water” the way I did “La La land” last year. The key difference is for all of the flaws in “The Shape of Water,” it is at least a solid example of the genre it falls into. “La La Land” falls short when taken as just a musical. That said, “The Shape of Water” is 2017’s most overrated film by quite a long shot. “Get Out” and “Lady Bird” are worthy contenders but seem to have peaked too soon, as has “Dunkirk,” which is probably the most deserving of the nominees. “Phantom Thread” and “Call Me By Your Name” are great but are too slowly paced. Most of the recent Best Picture winners (sans “Moonlight”) feature urgent pacing. Whether the plot focused on getting hostages out of Iran (“Argo”), breaking a story about sexual abuse by Catholic priests (“Spotlight”) or a has-been action star frantically trying to pull off a Broadway play (“Birdman”), Oscar voters of late seem to prefer taut, briskly-paced films. That would ordinarily make “The Post” a strong contender, but it only received one nomination outside of this category, so the Academy is definitely not enthralled with it. That leaves “Three Billboards Outside Ebbing, Missouri” as the only film with a real chance of beating “The Shape of Water.” It would be a well-deserved win.

Every nominee in this category would be a first time winner. Given the results of the precursor awards, Del Toro is all but certain to win for his aquatic beauty and the beast tale, but I personally thought the other four directors did more impressive work with their material. 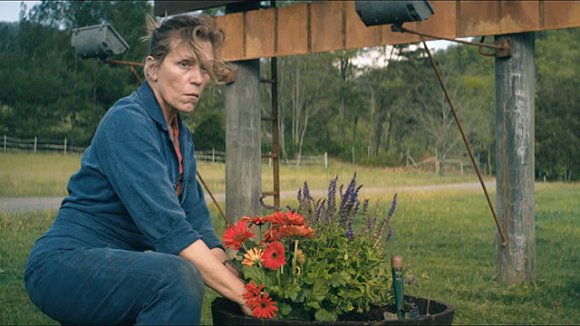 Three of the four acting categories have a nominee who could have been left out in favor of much stronger performances. Usually there are at least two acting categories where I would have a hard time removing someone in favor of correcting a snub. That’s not the case this year. As much as I like Meryl Streep, “The Post” just isn’t anywhere near her best work or one of the five best performances of 2017. In her place should be Jessica Chastain for “Molly’s Game” or Vicky Krieps from “Phantom Thread.” Sally Hawkins is, production design aside, the best thing about “The Shape of Water.” She does more to make Elisa Esposito a multi-dimensional character than the script does. Unfortunately, the strength of her work here also makes the shallowness of the script even more frustrating. Margot Robbie’s full potential was unleashed in “I, Tonya.” It is the greatest compliment I can give her to say that she is a mighty force in a film that also features a trash-talking, knife-throwing and heckle-funding Allison Janney. Saoirse Ronan, on the other hand, is overshadowed by the performance of her screen mom Laurie Metcalf. I liked Ronan in “Lady Bird,” but I can’t imagine the film would be much without Laurie Metcalf.

I’ve heard many people making the case for Timothee Chalamet. His performance in “Call Me By Your Name” is noteworthy, but I also have a feeling he will give better performances in the near future. His moment happens right before and during the end credits. It’s a stunning scene for sure, but it’s really his only great scene in a film that is carried far more by it’s script and music. Oldman should win, though the runner up here is Daniel-Day Lewis. 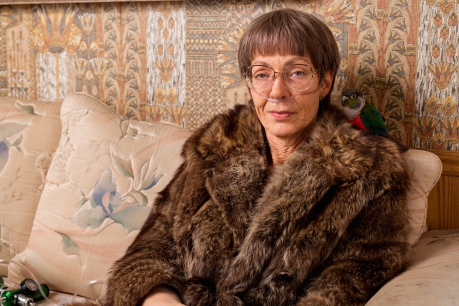 …It pains me to have to choose between Janney and Metcalf. There’s really not much else I want to say about this category. Blige and Manville are fine in their respective roles, but I’m also left scratching my head that they are nominated instead of one or more of their co-stars in their respective films.

If I’m being completely honest, I would be equally happy with Rockwell or Harrelson.

Best Original Screenplay
NOMINEES
The Big Sick
Get Out
Lady Bird
The Shape of Water
Three Billboards Outside Ebbing, Missouri

Here is the category where I think my early prediction is most likely to bite me in the ass. When I picked “Lady Bird” to win, it seemed to be in a tight race with “Get Out.” That was before “Get Out” prevailed at the Writer’s Guild of America awards. I still think “Lady Bird” has a shot, but it’s now more likely to be “Get Out” or “Three Billboards Outside Ebbing, Missouri” that take home the Oscar. That’s fine with me, though I’m glad I didn’t agree to eat vodka gummy bears or sing The Hokey Pokey in public if my predictions are less than stellar this year.

Will Win: Call Me By Your Name
Should Win: Molly’s Game

This is a really strong category. “The Disater Artist” is funny and touching, though the humor gets repetitive after a while. “Mudbound” is more deserving of the win than “Call Me By Your Name.” It’s a different kind of epic than say, “Dunkirk.” It may be the most intimate epic anyone has done in years. It’s a shame Dee Rees was overlooked for director, and even more of a shame that the film is not among the best picture nominees. Still, “Molly’s Game” has a slight edge in terms of my favorite here. Most people either love Sorkin’s style or hate it, but “Molly’s Game” felt as fresh and fun when I saw it as the first time I watched an episode of “The West Wing.” Remember the first time you saw C.J. Cregg walk into the White House briefing room? Sorkin did a remarkable job creating a complex, smart, powerful woman for the small screen, but his films and later TV shows fell short. “Molly’s Game” doesn’t make up for his clumsy writing of female characters in “The Newsroom” or the lack of depth he gave them in scripts for films like “Moneyball” or “The Social Network,” but it’s a welcome and highly entertaining first step.

Will Win: The Shape of Water
Should Win: Dunkirk

How was John Williams nominated for his weakest Star Wars score ever instead of his thrilling and more subtle work in “The Post?” Alexandre Desplat’s score for “The Shape of Water” is fine, but Hans Zimmer’s score for “Dunkirk” meshes seamlessly with the sound effects, complimenting them and putting the viewer not only in the midst of battle, but in the mindset of the soldiers. Zimmer’s scores have been accused of being over the top. It’s a fair criticism. They are loud, bombastic pieces, and some work better than others. In “Dunkirk,” Zimmer finally comes up with the right mix of bombast, mourning, fear and reflection. His only previous win was for “The Lion King” more than 20 years ago. 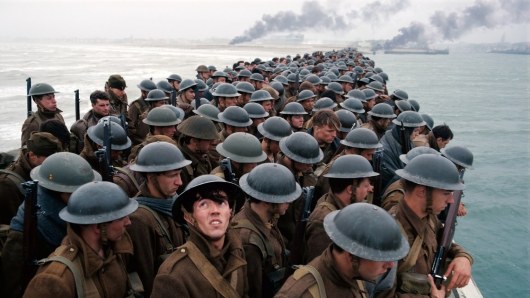 These are five deserving nominees, but it’s a two film race for the win between “Baby Driver” and “Dunkirk,” and I think the latter will prevail. 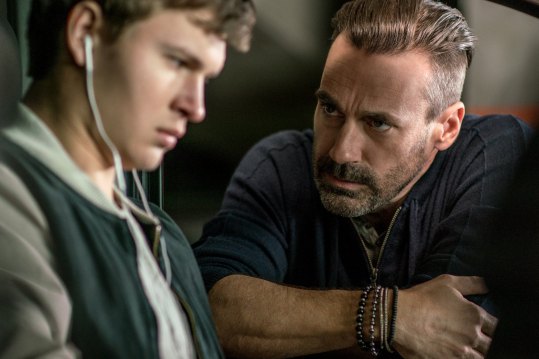 This is another difficult category for me. “Dunkirk” and “Baby Driver” are equally deserving but for different reason. In terms of sheer loudness and timing, “Dunkirk” easily wins. Sound, maybe even more so than the visuals, creates the anxiety experienced while watching “Dunkirk.” The screeching of bombers, the popping of bullets and the rattling of propellers is a nerve-shredding experience for the viewer. On the other hand, “Baby Driver” expertly mixes music and sound effects to the point that gunshots, revving engines and slamming doors match the beats of songs like “Hocus Pocus” by Focus and The Button Down Brass’ cover of “Tequila.” Nothing short of a tie in both categories will result in me being completely happy, but I think a split would be the next best thing.

Production design always goes to the films with the flashiest sets, so while these are all worthy nominees, the only possible winners are “Beauty and the Beast” and “The Shape of Water.” I think the latter takes this one because of momentum and the number of nominations it received.

Roger Deakins is always rightfully in the mix in this category, and his work for “Blade Runner 2049” has already been acknowledged by critics groups and guilds. He’ll win this one, but I would much rather see Rachel Morrison take it for “Mudbound.”

This category isn’t even fair. “Darkest Hour” might as well have had “WINNER” in bold and a CGI gold statue next to its name when the nominations were announced. 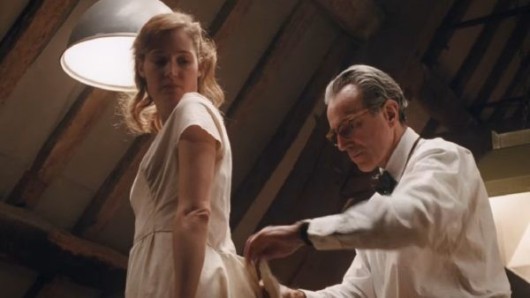 This will almost certainly be the only win for “Phantom Thread,” which in a different year would probably take home a lot more. I loved this film even though I don’t think it is the most deserving nominee in any of the other categories where it appears (though an upset for director would be awesome).

I’m not making a “should win” pick here because I haven’t seen at least three of the nominees. Ditto for:

Check back later this week’s for Alex’s predictions.